Texas 4000 stopped in Midland Tuesday to share their message of cancer awareness and prevention. 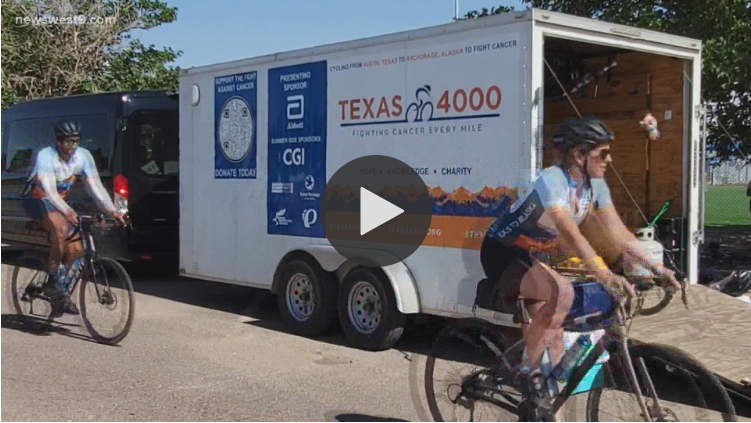 MIDLAND, Texas — Every year students with the University of Texas work together to cycle for cancer awareness as part of Texas 4000.

These students train, organize and raise funds before biking thousands of miles across the United States over 70 days to bring awareness to the fight against cancer.

Their mission is now more important than ever, as Executive Director Scott Crews says preventative cancer screenings have declined since the COVID-19 pandemic began.

This year’s rides began on June 3, with the Sierra Route starting in Lampasas, Texas.

Some of the riders dropped by Midland on June 7 to share their mission. NewsWest 9 caught up with the group while they were in town.

Rider Diego Carlson spoke about the large scale of their vision.

“We want to spread hope, knowledge and charity as far as the eye can see,” Carlson said. “All the way across the United States, through Canada, and back into Alaska is about as ambitious as we can get.”

Rider Lynsey Campbell said she hopes it shows the power of unity.

“I hope people see that the impossible is actually possible,” Campbell said. “When we band together, we can really make a huge difference in this world.”

For more information on Texas 4000, you can click or tap here.