Think Your Commute is Bad? Texas Cyclists Heading for Alaska and Back 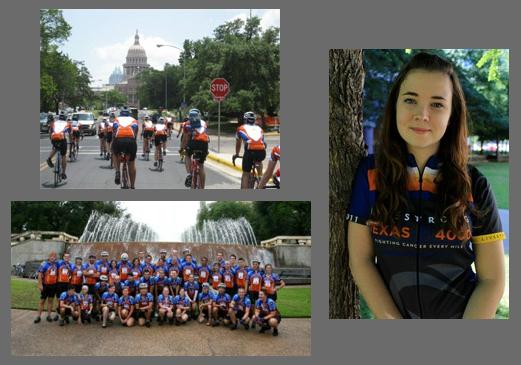 Julia Shatilo, pictured right, will embark on a biking journey to Alaska with her teammates to raise awareness and money for cancer research.

A group of students called Texas 4000 will embark tomorrow from Austin on the world’s longest annual charity bike ride – all the way to Anchorage, Alaska.

Riders from the community can join the group on the first leg of their 4,687 mile journey this Saturday morning. They leave from Running Brushy Middle School in Cedar Park at 8 a.m. There are several other events leading up to the kick-off that provide opportunities for the community to interact with the riders.

This is the group’s ninth year to make the ride. To date the organization has raised more than $3 million for the Livestrong Foundation.

The 2012 team was chosen a year and half ago. Julia Shatilo, a rider with the team, says the group planned the ride themselves in committees and that they’ll do presentations along the way. “We work to spread hope to those battling cancer and families,” says Shatilo, “and we work to spread knowledge through our cancer awareness programs.”

“It’s very much a physical manifestation of what we’re trying to do,” says Shatilo. The group has already raised over $290,000.

The Texas 4000 crew will split into two groups – one will bike along the Pacific coast and the other through the Rockies. The ride is scheduled to end on August 10.

“What keeps us going every day is those we ride for,” Shatilo says: “Our family, our friends, and even those people we don’t know, those people we’ve yet to meet on the ride.”