2012 Rockies Rider, Shea Flynn, lives in Washington, DC where she works for RTI International on the ENVISION project — a global health project funded by USAID that provides technical and financial assistance to 19 countries’ governments to help eliminate and control five neglected tropical diseases (NTDs). This isn’t surprising considering she joined the Peace Corp after her ride. “The post-T4K depression is REAL. When I returned from the ride, I had one year of school left and already knew I didn’t want to continue with either of the career plans I had pursued during my time at UT. The only thing I was sure of was that whatever I found myself doing after graduation, I wanted it to make me feel like Texas 4000 did – challenged, inspired, alive, and like I was contributing to something bigger than myself. So, I joined the Peace Corps.” Sheaworked as a community health volunteer in Togo, West Africa for 27 months. She learned new languages, created projects focused on children’s nutrition and hygiene & sanitation, and provided communications support to a girls’ scholarship organization and a women’s empowerment conference. “It was everything I hoped it would be, in a very different way than I had imagined.” 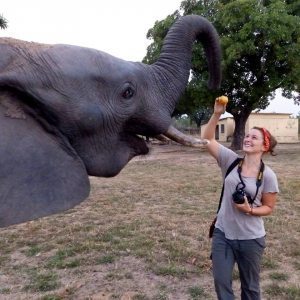 Shea joined Texas 4000 in honor of 3 of her mentors who fought cancer. However, she soon gained another reason to ride: her teammate, Ruel. 2012 Rockies rider Ruel Bobet joined the team in honor of his father, but he too was diagnosed with cancer. Ruel passed away the spring before his ride year and this month marks the 5 year anniversary of his passing. During their final day in Anchorage, the 2012 team stood around a tree with Ruel’s family, arms linked around each other, and shared their memories of Ruel before spreading his ashes at the base of the tree. Shea says, “He became the soul of our team and was the name I came back to any time I wanted to stop pedaling.” 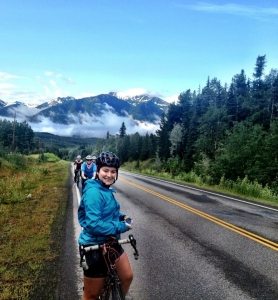