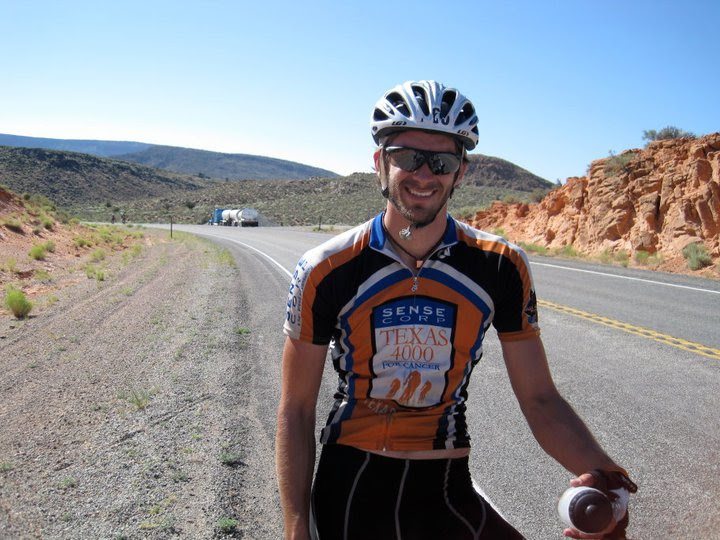 “Take your victories by miles or by feet, but to keep moving forward you gotta keep spinning.”

Andrew King rode as a member of the Texas 4000 Team in 2010. Andrew currently works in the Flight Operations Directorate at Johnson Space Center as an Attitude Determination and Controls Officer (ADCO) flight controller in training for the International Space Station. He says that Texas 4000’s mission and The University of Texas’s general attitude of cultivating leadership, as well as confidence, was a large factor in getting him where he is today. Andrew says, “Texas 4000 taught me that you can lead in many ways, whether it’s by setting the example, communicating clearly, actively listening to what people are saying (instead of simply hearing them), being confident, or simply being an expert at what you do. My experience with Texas 4000 has given me a wide range of leadership tools that are serving me well.”

Andrew originally applied to ride for Texas 4000 in honor of his grandparents. His grandmother had passed away from complications with lymphoma, as well as his grandfather. As his aunt is also a breast cancer survivor, Andrew decided to ride to “share her story and the hope that she inspired.” Andrew says that he had many family friends that had suffered due to cancer and that he rode in their memory as well. Another determining factor that led Andrew to Texas 4000 was his father’s diagnosis with young-onset Parkinson’s disease in 2009. He says that it was his father’s struggle with this incurable disease that kept him motivated throughout the ride.

“His unwavering courage in the face of an ugly disease gave me strength on days when my knees ached and kept me spinning through the toughest hill climbs I’ve done in my life. The parallels that Parkinson’s disease has to cancer also allowed me to speak on hope to people we met across the country. It also allowed me to talk on the importance of family; no one should battle life-threatening illness alone. Having a strong support network is just as vital as the medicines used to fight cancer.”

Currently, Andrew still cycles (he rides ATLAS most years) and is a huge fan of touring/randonneuring and plans tours as often as possible. He says that a Thanksgiving tradition of his is riding from Austin to San Antonio with some friends. He says that his five-year goal is to ride The Continental Divide. When Andrew reflects back on his time with Texas 4000 he says, that, “Texas 4000 has been the single most important accomplishment and experience in my life to date, hands down. I’ll just say this: don’t stop spinning. Take your victories by miles or by feet, but to keep moving forward you gotta keep spinning.”